Cultural Youth Society to the Rescue - Shelter & Toilets for Sindhupalchowk

Before heading out towards three villages in Sindhupalchowk District with supplies, our Project Leader Netra Kala Chhetri and her team from Cultural Youth Society Of Nepal conducted a survey and determined that the most urgent need was for shelters and toilets. The monsoon had already begun and a big priority was to prevent the spread disease. 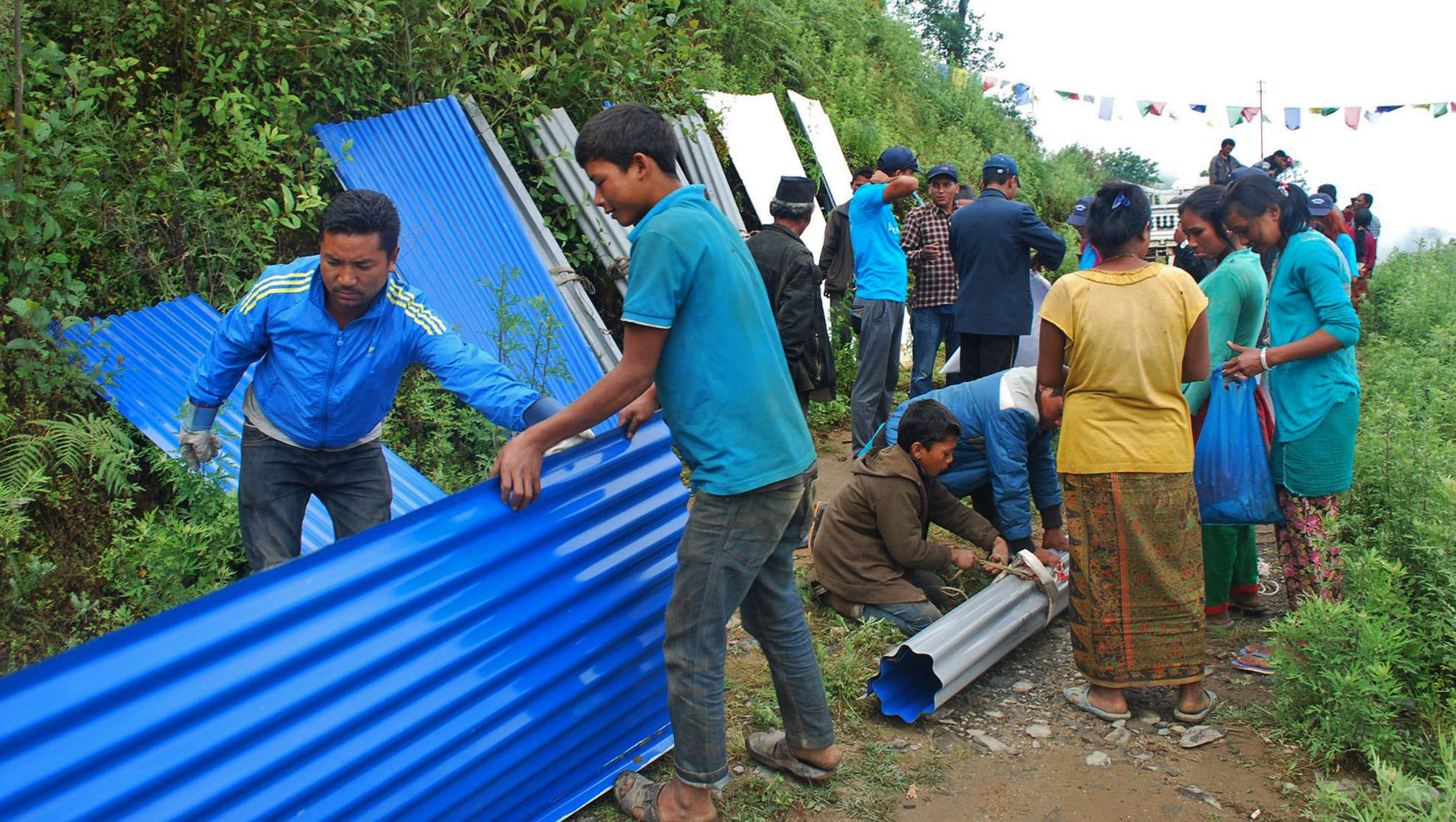 On June 14th, 2015 they went back to Sindhupalchowk with the relief materials. In cooperation with locals they helped the villagers to set up shelters and toilets. They brought 46 bundles of metal sheeting to be used for this purpose and some basic medical supplies. The metal sheets were used as roofing for 27 houses and 49 toilets in the villages of Mulkharka, Jyamire, Thale.

They also went to visit a local school in Jyamire V.D.C. The school building was badly cracked and various rooms had collapsed. Classes were being held in tents and small children were forced to sit on the floor. They distributed some exercise books and sweets to the students. After that they sang, danced, recited poems and played games with the children to make the environment lighter as most of the students were still scared to be at the school.

The villagers were happy to get some relief and it gave “Naina” and her team a great sense of accomplishment and motivation to do more for the earthquake victims. 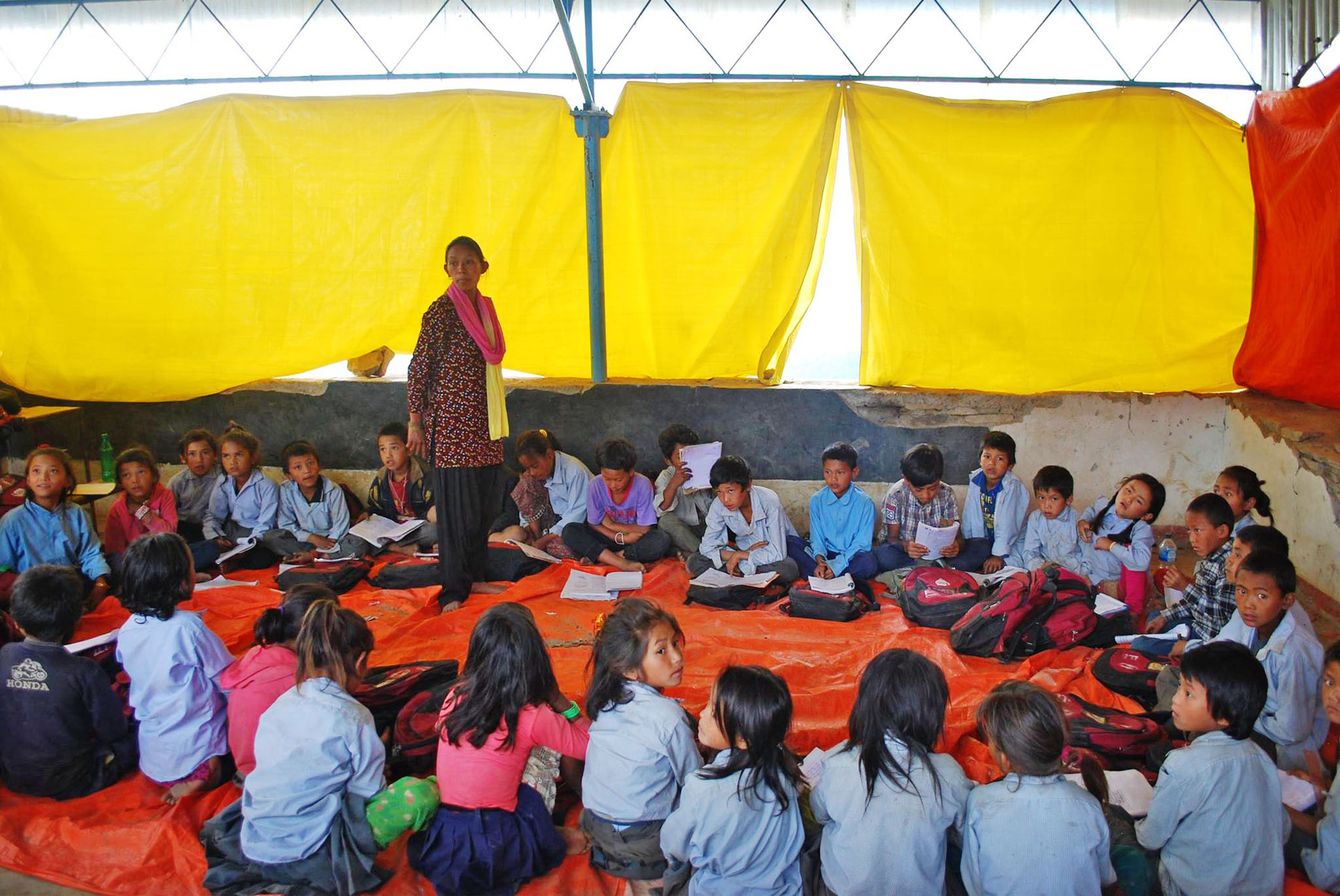 By August the monsoon was in full force and the road conditions in Nepal were very bad causing a delay in our relief mission.  On the morning of August 10th,  2015 we could finally make our way to the Bhotetar V.D.C. We walked more than hour in scorching heat up steep slopes to get to the local Mudkeshor school which consists of 27 students   After resting for awhile we were able to distributed school uniforms and stationary to them. 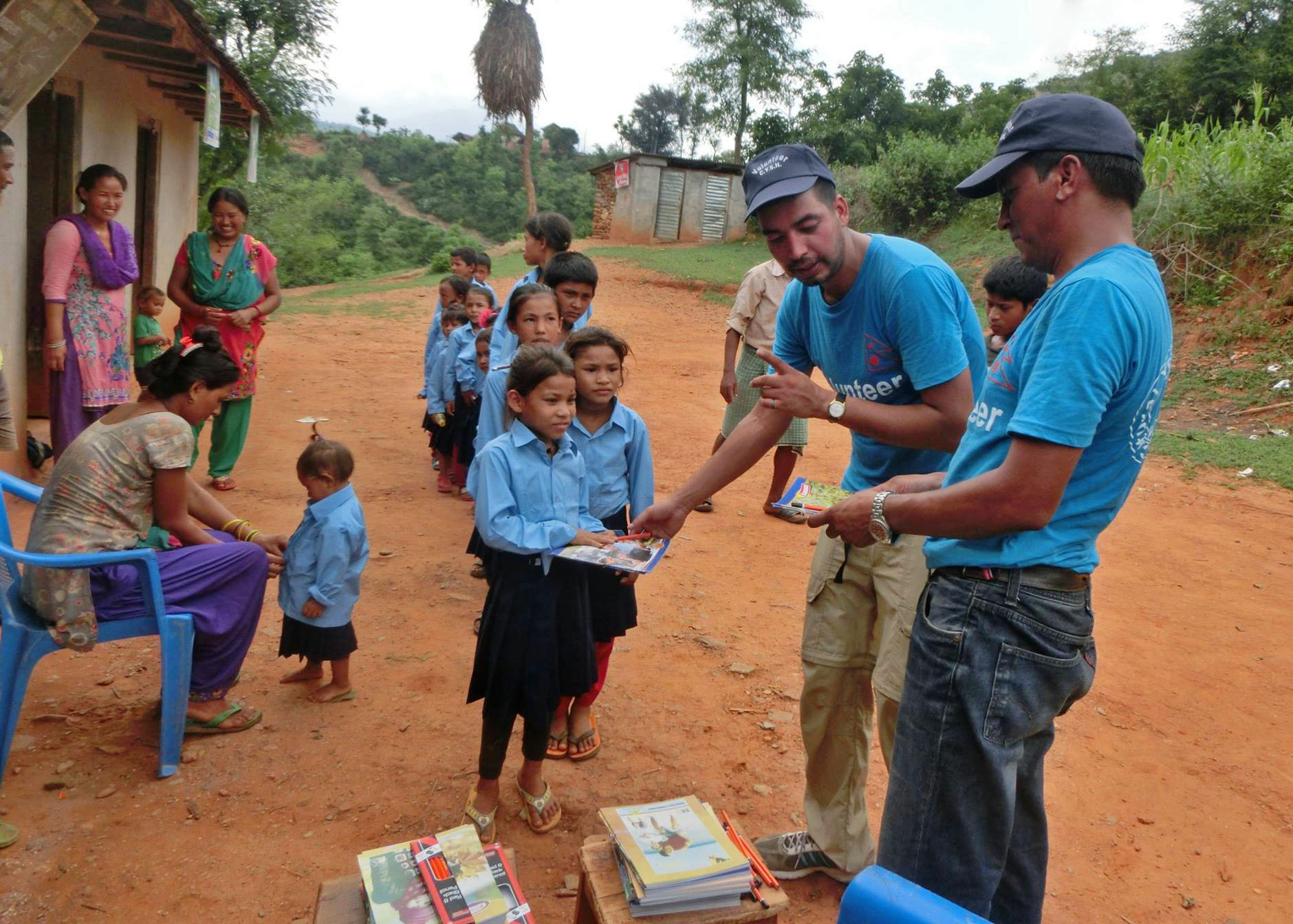 We continued driving for another three hours arriving at  the Ramechhap VDC for the distribution of metal sheets. We distributed 30.5 bundles of metal sheets to the Wadi community for the 17 houses located there. While returning to Kathmandu it rained so heavily that we got stuck in the mud forcing us to sleep inside our vehicle for the whole night and did not reached home until the following day. 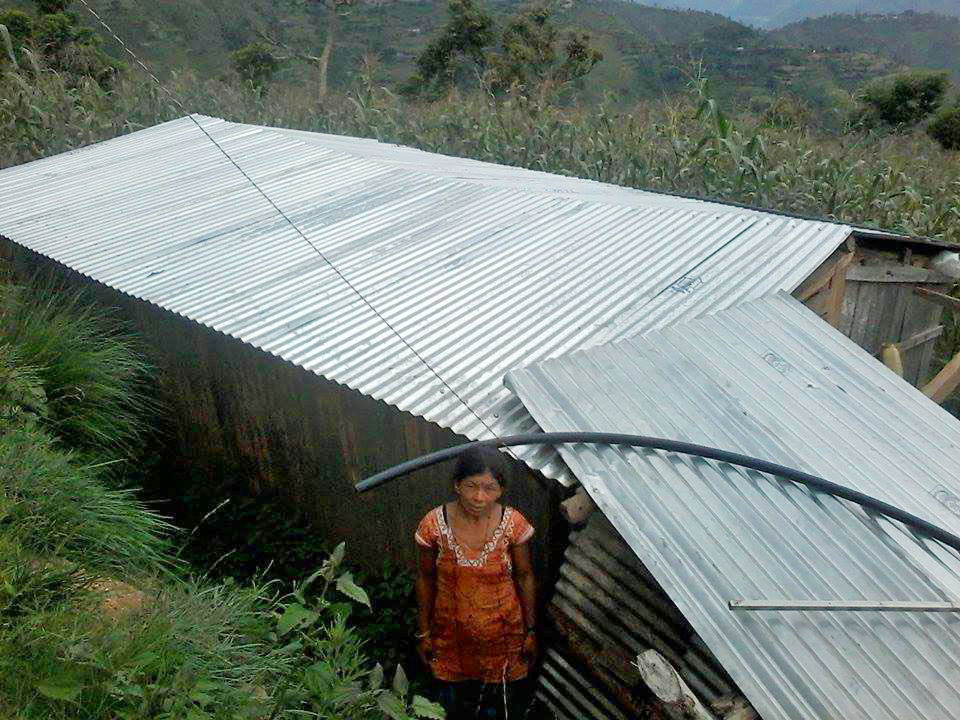 On August 14th we ventured forth once more to Sundrawati V.D.C in Dolakha Charikot District and distributed 75 sacks of rice and 12 sacks of lentils to 75 households facing food shortages due to the earthquake. 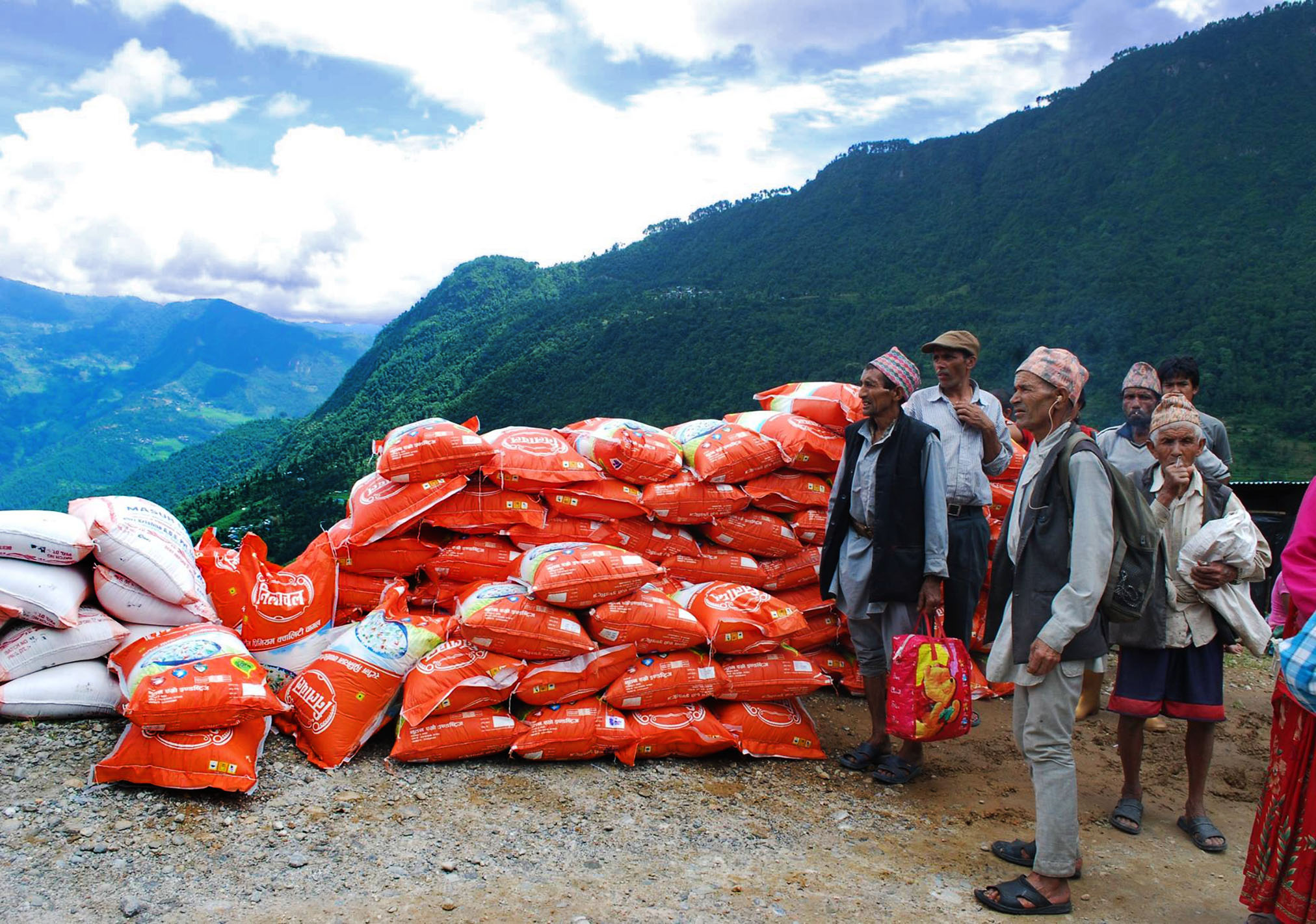