WeHelpNepal wants to thank our generous donors for once again providing funds to help the people of Nepal.   For over 4 months India has had a blockade on Nepal causing a huge shortage of fuel, medicine and other goods.  Add to that extra cold temperatures this winter and you have a crisis on your hands.

The calls for funding for blankets, warm clothing and medicine to alleviate the suffering of the earthquake victims came flooding in and WeHelpNepal responded with a fund drive that has raised $16,500 so far.  With the help of Mountain Spirits, we have granted a total of $42,300 sending blankets and warm clothing to remote and high altitude areas of Nepal through our partners CORE, Manjushri’s Helpers, and Nepallink.  Over half of this relief has already been distributed with the rest on the way in the next week or two. 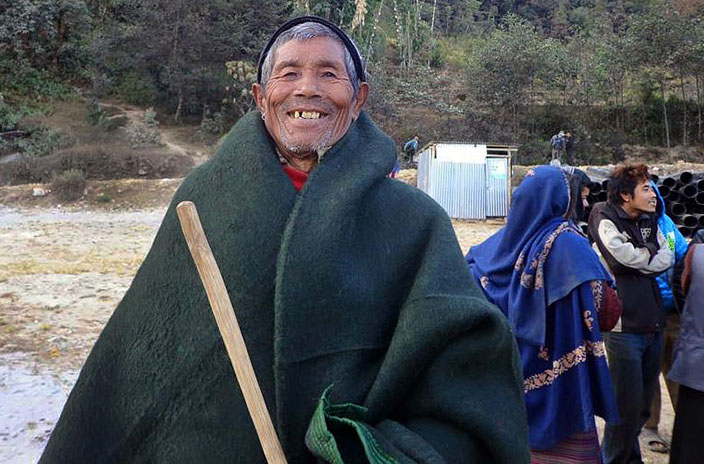 CORE International is a Canadian NGO that quickly responded by organizing the purchase of 1415 warm army blankets (pictured above).  They have already been distributed to Sushpa-Kshemaawati VDC of Dolakha district and 500 families in the Langtang Area.   Francis Klatzel of CORE is also coordinating the purchase and distribution of another 1,000 blankets partnering with Mountain Spirit who donated $10,000 for this purpose through WHN.  Another $10,000 grant from WHN will fund more deliveries in January. 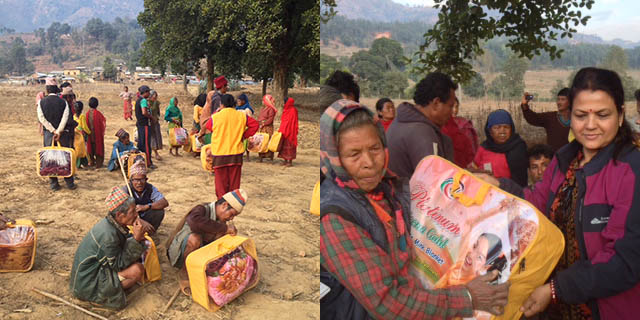 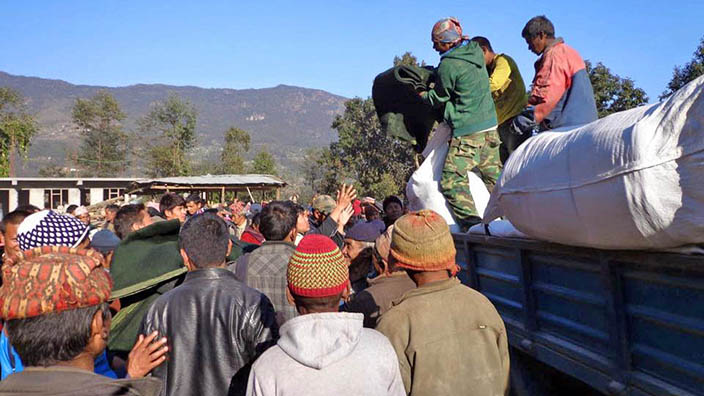 Keshab and Sushma Regmi of MANJUSHRI’S HELPERS responded to the crisis by purchasing high quality woolen blankets that they distributed to 120 elders, mothers and newborn babies with the 6 members of the Nepal branch of the Lions Club International.  This was done in Vimtar Village in the Sindhupalchok VDC which was devastated by the earthquake.

NEPALLINK is an organization from Switzerland who WHN supported in their excellent effort providing food for earthquake victims in Gorkha and beyond.  We have just sent them a $4,000 grant which will be combined with another $10,000 they have raised for more blankets, warm clothing and isolation matts in the villages of Gaurati, Syaule and Chautara in Sindhupalchowk.  Mothers with small children will be the main focus. 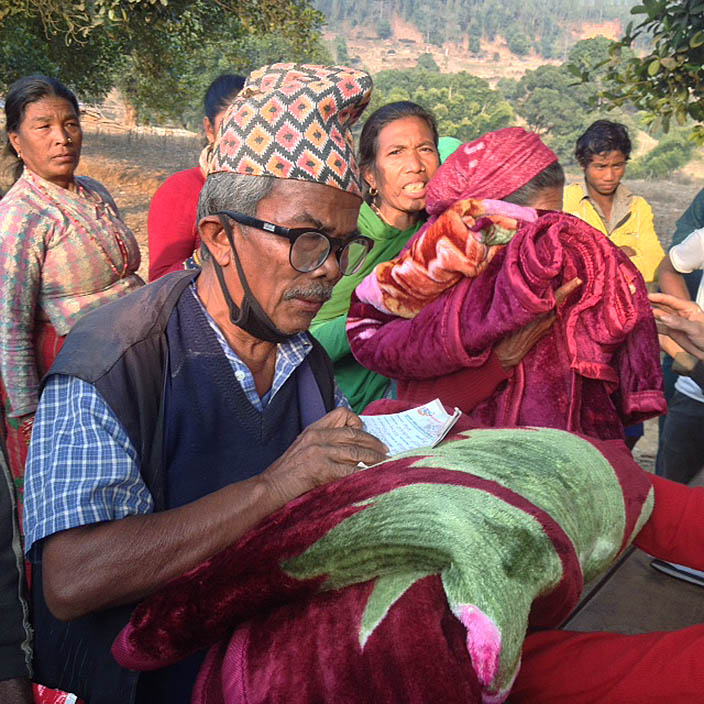 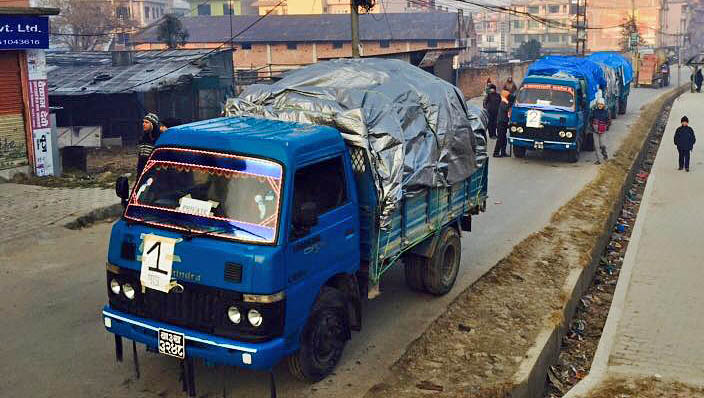 As always your continued support is appreciated and will allow us to continue facilitating the heroes who are doing the work on the ground in Nepal.