As 2016 begins there is still a lot of work to be done to support the people of Nepal in their effort to rebuild their communities and livelihoods since the first earthquake that rocked the country on April 25, 2015. #WeHelpNepal would like to sincerely thank everyone that has made a contribution. The projects would not have been possible without your support. 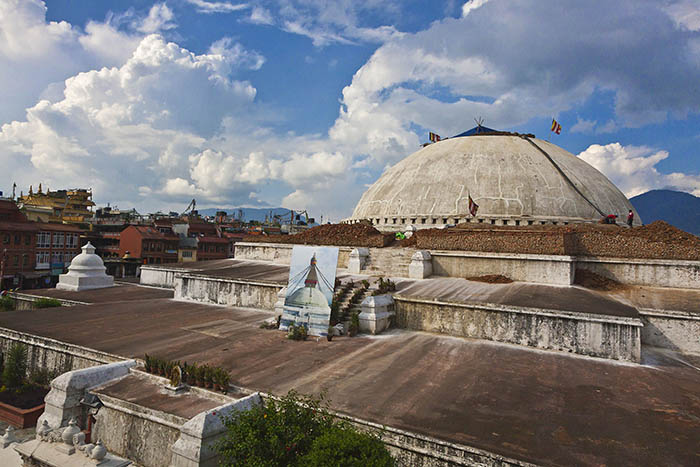 From small projects to large scale initiatives, over the past eight months #WeHelpNepal has granted $408,041 to fund 81 projects facilitated by 35 separate grant recipients. Project leaders have mobilized pickups, lorries and helicopters to bring materials and emergency supplies to both urban and rural areas that were devastated by the earthquake.  Other project leaders have organized childcare, community kitchens and sanitation initiatives in refugees camps and in their communities.

Immediate Relief Projects - Immediately after the earthquake, project leaders mobilized to get emergency aid supplies to communities most heavily affected

Sustainable Development Projects - In 2016 we will start to grant funding to  longer term sustainable developmental and resilience building projects.  To date our project leaders have bee working to

Emerging Needs (support needed) - Unfortunately, due to a blockade on the border with India, imports of important food, fuel, medicine and supplies to build shelter from the cold have been halted.  Project leaders on the ground have been working tirelessly find other channels to bring vital supplies.  The biggest needs that have been identified by those on the ground are

Medical Supplies – From antibiotics, vaccinations and painkillers to blood bags and surgical gloves, Nepal imports the vast majority of its medical supplies from India. Due to the politically motivated border blockade, much of these supplies are in severe shortage in both urban and rural areas. Project leaders have been finding alternative routes to bring in much needed supplies to distribute to medical teams.

Blankets and Warm Clothes – Winter in the hills of Nepal can be very harsh and Nepalis have, over the generations, built their homes with this climate in mind. However, many of those that lost their houses have had neither the time nor the finances to rebuild their climate appropriate homes and are having to make due in temporary shelters of corrugated tin and tents.  Because of the dire situation, project leaders are continuing to organize blankets and warm clothes to people in need.

In the spirit of the many celebrations to come this year we kindly ask you to continue to support communities in Nepal though grassroots community lead initiatives.

DONATIONS CAN BE MADE AT:  WWW.WEHELPNEPAL.ORG