It was 5.15 PM when we left Kathmandu for Sindhupalchowk.  We needed to determine how many shelters we could provide this badly effected earthquake district.  We had hoped to reach Barbise by 8PM that night.  It started raining heavily as we approached Simle, so we stopped for dal bhat (rice and lentils).  Suddenly the ground was shaking violently.  It was another earthquake of at least a 5. magnitude, which kept jolting us over and over, and the epicenter was again in Sindhupalchowk. 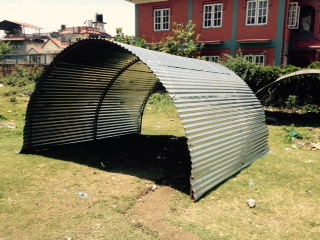 We spent the night in Simle, hardly sleeping, in constant fear of more earthquakes.  Next morning we left at 6 AM, stopping in the small village of Sukute, which had been a lively market.  Now all the buildings were flattened, not a single house left intact, and 4 people had perished.

The whole rest of the route was a continuous disaster of collapsed buildings.  In Barabise we delivered relief packages to the families of the deceased.  The market was empty.  Thousands of villagers were camped in open fields.

We continued on to the neighboring villages of Phalante, Balephi, Lamosangu, Chautata and Deurali.  Each village reported numerous deaths and catastrophic damages to the majority of houses.

We continued on to Pipaldanda where all the homes collapsed, killing 45 people.  It was not getting any better as we drove further into the district, passing through numerous  small villages, each place reporting many deaths. In Bandegaun we saw a mobile hospital from India staffed with physicians, both orthopedic and pediatric.  Fortunately they did have a large quantity of medicine and medical equipment. 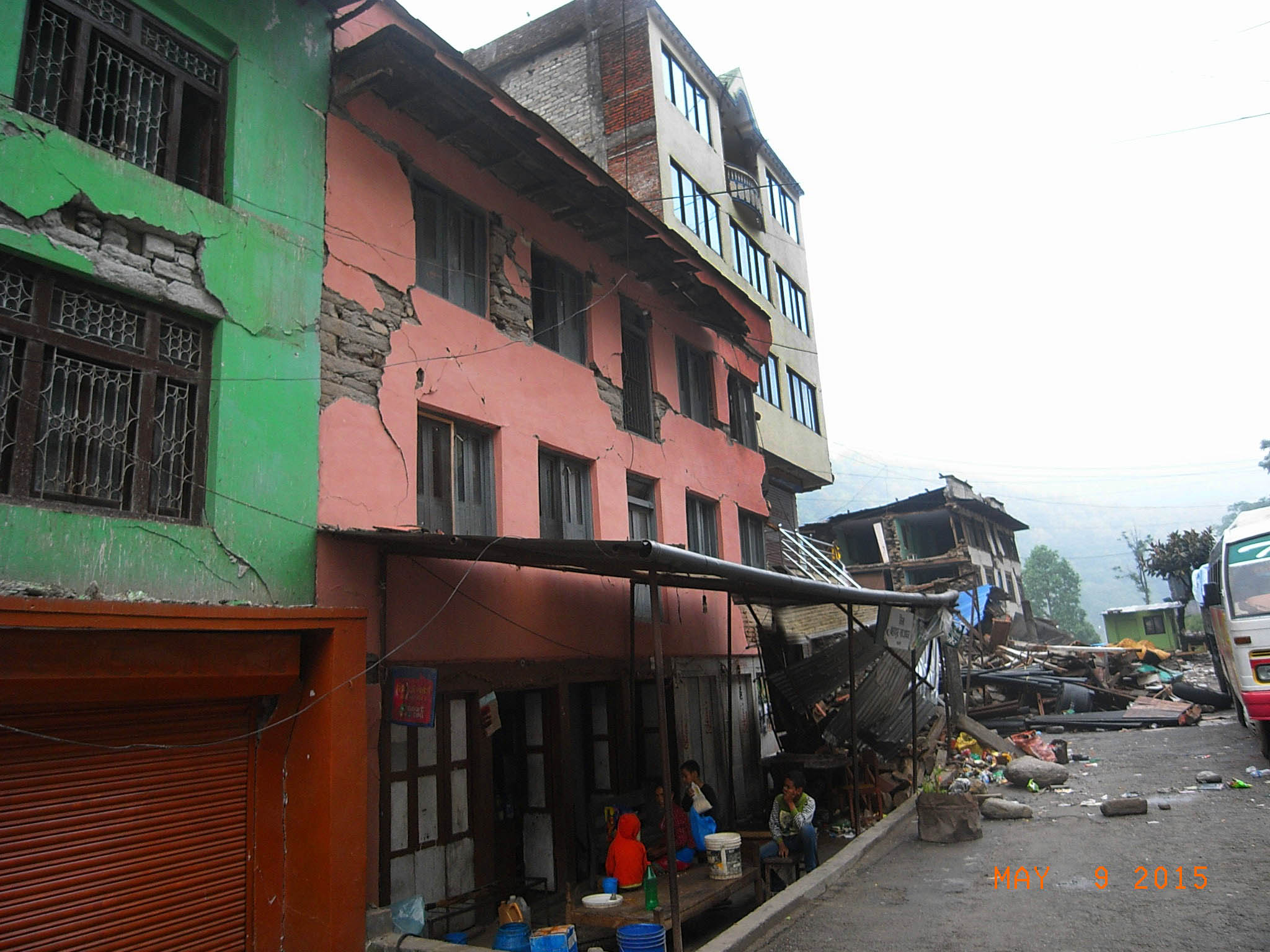 After that we stopped in Sipapokhare one of the worst hit areas.  A wedding party had been in process when the earthquake happened, killing 96 people.  98% of the  homes were decimated. From there we went to Bhotesipa, the most effected village, where 109 people died, as well as countless casualties.  Not a single house was left standing.

During the entire trip, we never saw any house left undamaged. We were told there are thousands of domestic cattle still left under the debris. This will be another challenge to tackle. Soon the monsoon will be in full force. Everywhere we stopped the demand was for iron sheets to make temporary shelters.   The survivors said the tents will not be able to withstand the heavy monsoon.

Returning to Kathmandu, my job was clear to me: procure metal sheeting for the many homeless families we had encountered on our trip.  We Help Nepal is financing the purchase of the supplies.  We will be returning to the villages of Sundhupalchowk in a few days with proper materials.  The metal sheeting will meet immediate needs and can later be used in the rebuilding of homes and animal shelters. 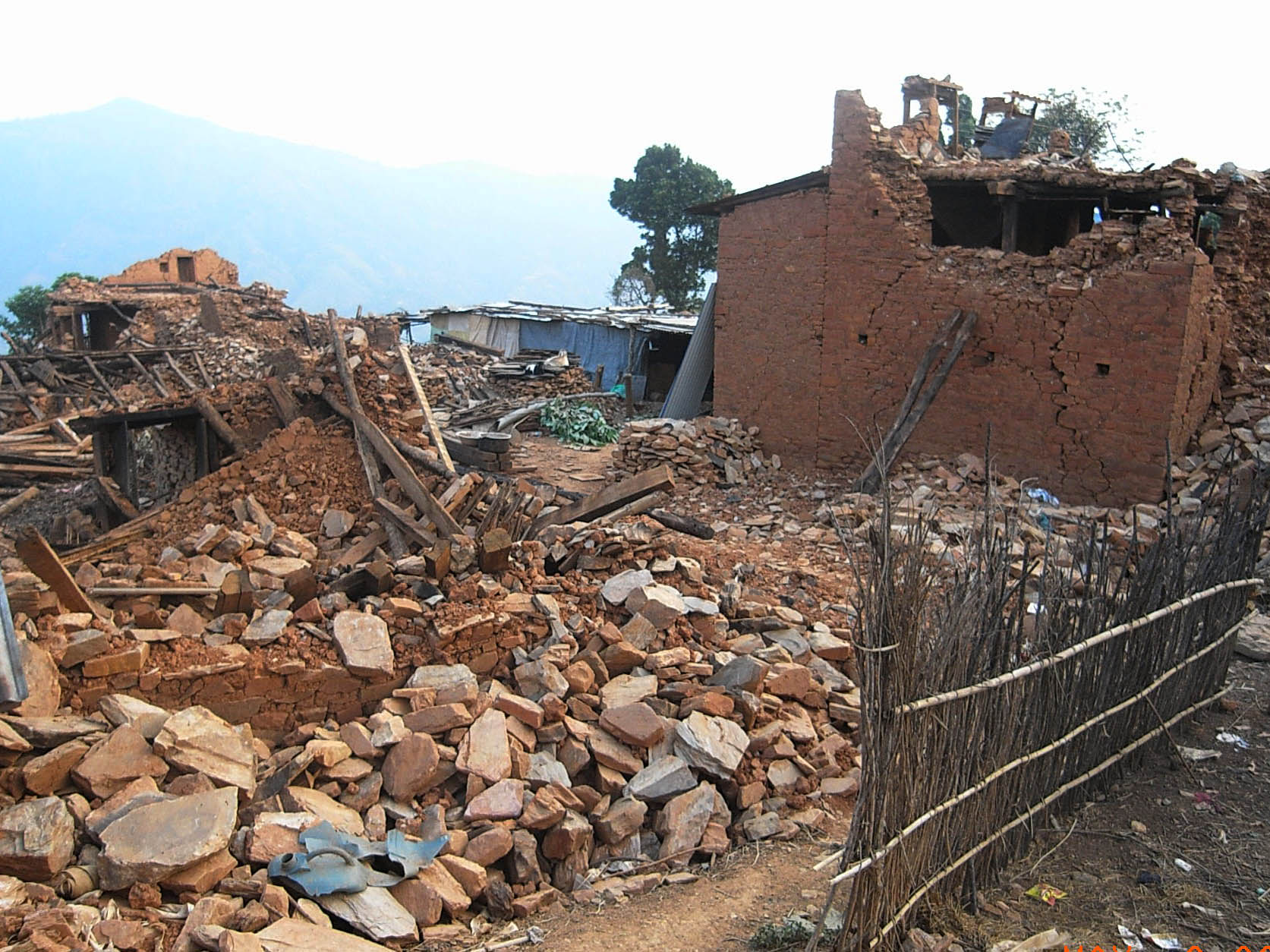 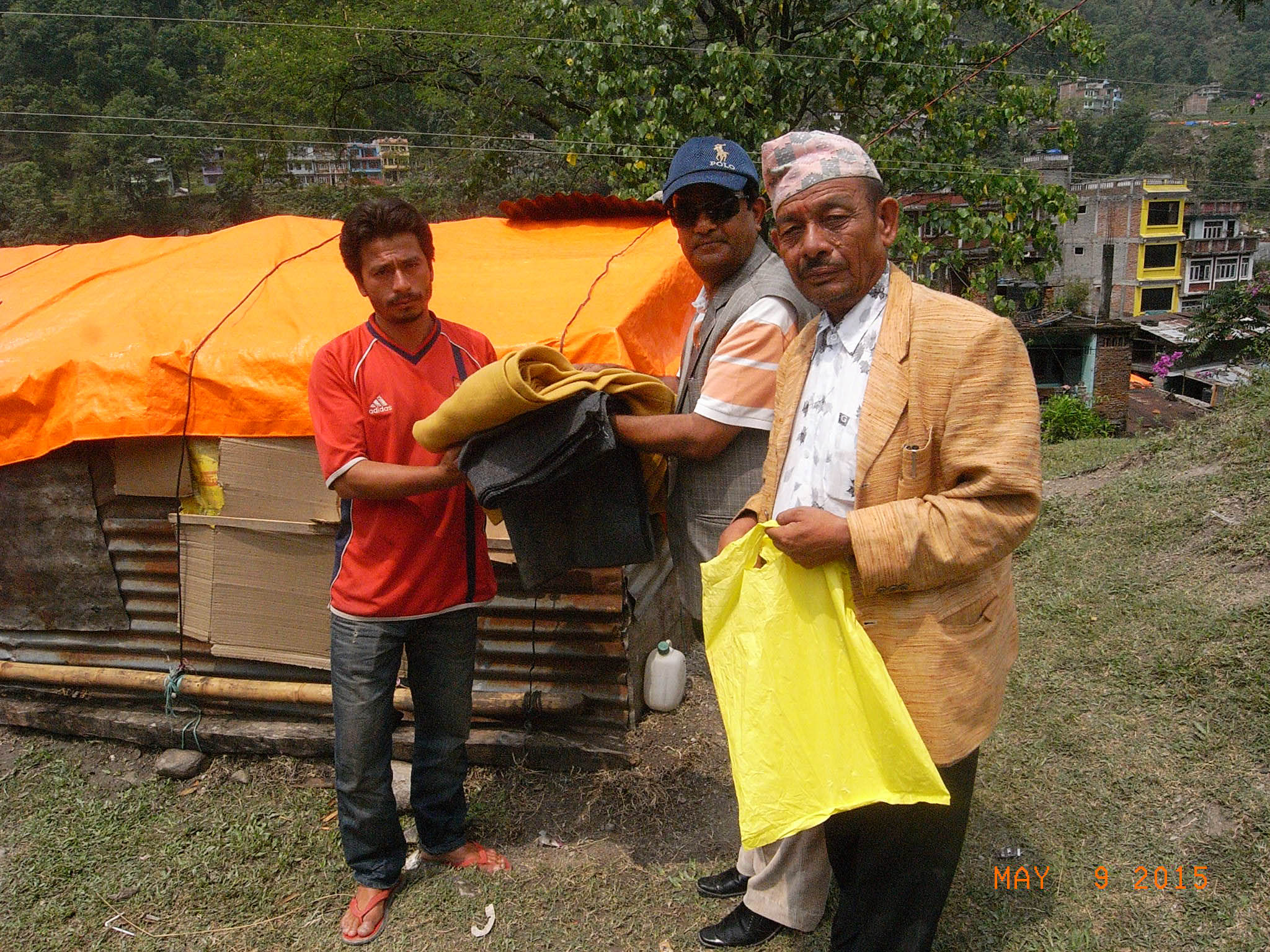