#WeHelpNepal is pleased to be adding the ROKPA Children’s Home in Boudhanath to our list of collaborating partners.

The ROKPA Children's Home first opened in March 1996, and has provided a safe home and schooling for 100s of children over the years. In March 2005 a new property was completed and this building withstood the massive earthquake that shook Nepal on April 25th. 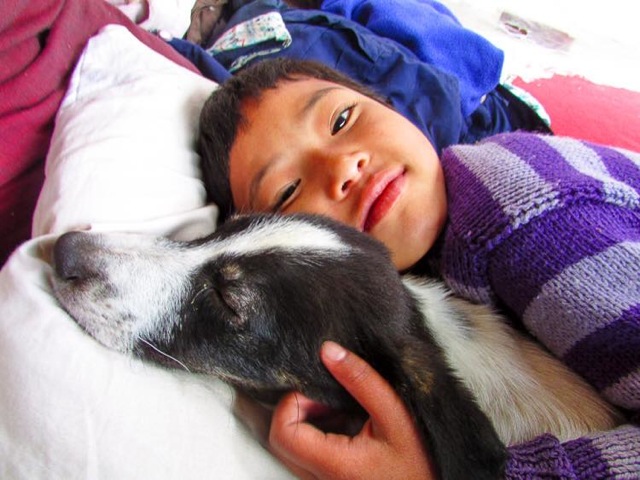 All the children were saved and have been motivated to help those less fortunate than them. The older children have joined taskforces to provide relief in outlying areas, while the younger ones make moumous to feed those in need and to raise money for on-going relief work. The open land near the Children’s Home has now become a place of refuge for 200 homeless people from the neighborhood.

Since May 1st, the ROKPA-organized volunteer taskforces have been distributing urgently needed goods as well as ensuring basic medical emergency aid in remote areas reachable in long day trips from Kathmandu.

The taskforces are put together with former and current ‘ROKPA-kids’ as well as other volunteers, and coordinated by volunteer Tal Siano, trained as an emergency paramedic in the Israeli army.

They are distributing rice, lentils, sugar, salt and, of course, drinking water, but also tarpaulins and tents and providing basic medical care and supplies. The goods have been bought locally, whenever possible. As time goes on it might be increasingly necessary to purchase certain things abroad, since the local supply has become scarce.

Since ROKPA has been present on the ground since the 90s, they will be in Nepal even when relief organizations inevitably move on, and will be able to shift their focus from emergency support to reconstruction measures.

Report from the ROKPA earthquake relief team 7th May 2015: 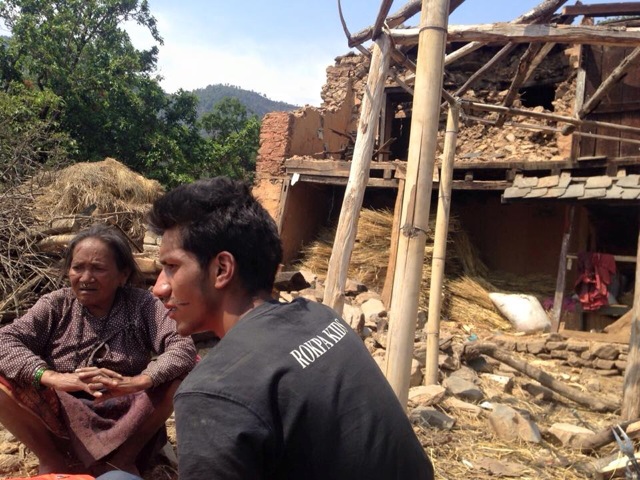 Ravi led the group of our ROKPA Kids, Rajendra, Badal and Subash. They went to Nuwakot District, Ghangfedi VDC (Village Development Corporation) an area that was severely affected by the earthquake. Going there was challenging because the road was quite rough, so it took 5 and half hours drive to reach the community.

The truck was heavy and we had to drive carefully and slowly. We came in contact with the villagers and one of the community members came to escort us to make sure we didn’t lose our way.

On the way he informed us about the situation, they did not have problems only because of the earthquake but they also had landslides caused by the earthquake. In the Ghangfedy VDC there are 750 houses. Since we had a limited supply of tarps and tents, we really wanted to give them to the people that needed them the most. Ravi talked with the community representative and he gave us the names of the families whose houses have been completely destroyed and cannot be rebuilt soon, targeting especially the ones with financial difficulties and elderly people. 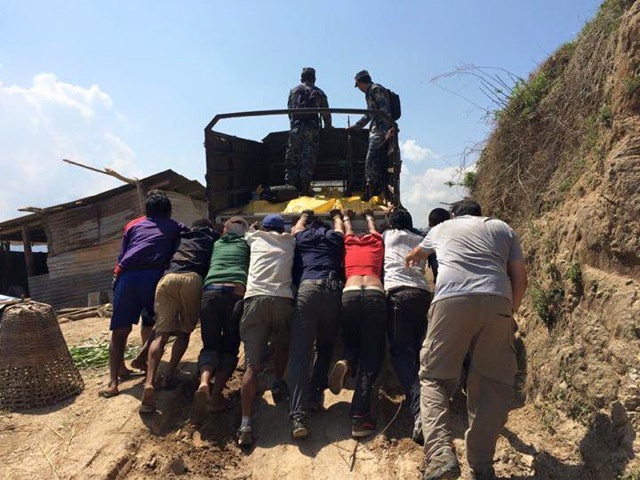 Ravi gathered information about each family that was proposed by the community and asked for those families who have lost some of their loved ones. Altogether there have been 77 people dead in this VDC. Since we could not reach the actual village up the mountain we called the community members and made sure that our goods will be given to the people who need them the most.

The ROKPA Kids demonstrated how to build one of our tents and we gave this first one immediately to an old handicapped man. We distributed also tarps, some of them we gave right away to the people and some we left in the community to distribute later to the villages up the hill.

The community played an important role in the peaceful and appropriate distribution of the relief and we were happy to work with them since they had the acceptance of all the villages. The people were also in need of medical care and another group that we were collaborating with helped them with some medical support. 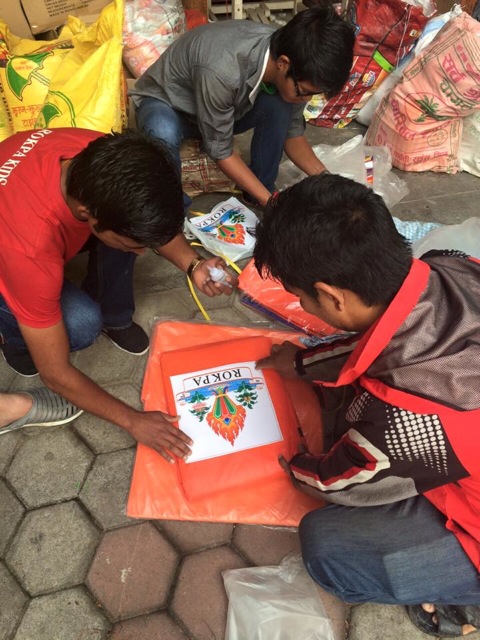 We were the first relief team to arrive in this community except from some minor government support. We were able to deliver 12 good quality tents, 30 tarps, 15 x 30kg sacks of rice, 2 x 25kg sacks of dal and salt, we also carried in our truck, rice, dal, tarps and oil from the other relief team that came with us.

"….the mission of our team was to go to the areas where no relief has reached. We have traveled for 5 hours with our team leader Ravi to deliver supplies like rice, dal and tents. When we reached our destination the villagers were happy to see us. And I felt very sad to see all the houses destroyed and people injured. They were hungry and sleeping under the open sky. When we gave them the relief goods they were happy and I was happy to see them smiling…."

"…. I felt so sad to see many people whose houses were destroyed by the earthquake. I asked them some questions and they said they were sick, hungry and sleeping on the ground. We showed them how to build the tent. Some of them now will be living in the tent, they are happy to have a home and I was happy to see that…."

Back in Kathmandu, our younger children who cannot go on expeditions have set up a MouMou making project on our land opposite the Children's Home where they spent the night in tents again.

As our Krishna Hari who took the photos just told me on Skype: "we all feel we want to do something to help those in need. We will sell the MouMous and raise funds for the recovery of Nepal."

Helping where Help is needed: ROKPA!