Manjushri's Helpers were first responders in Sankhu village, bringing much needed supplies of food and medicine.

Kesab, Sushma, Raj Kumar and other team members made distributions to villagers who lost the majority of their homes on the edge of  Kathmandu Valley, famous for its beautiful temple of Vajrayogini. 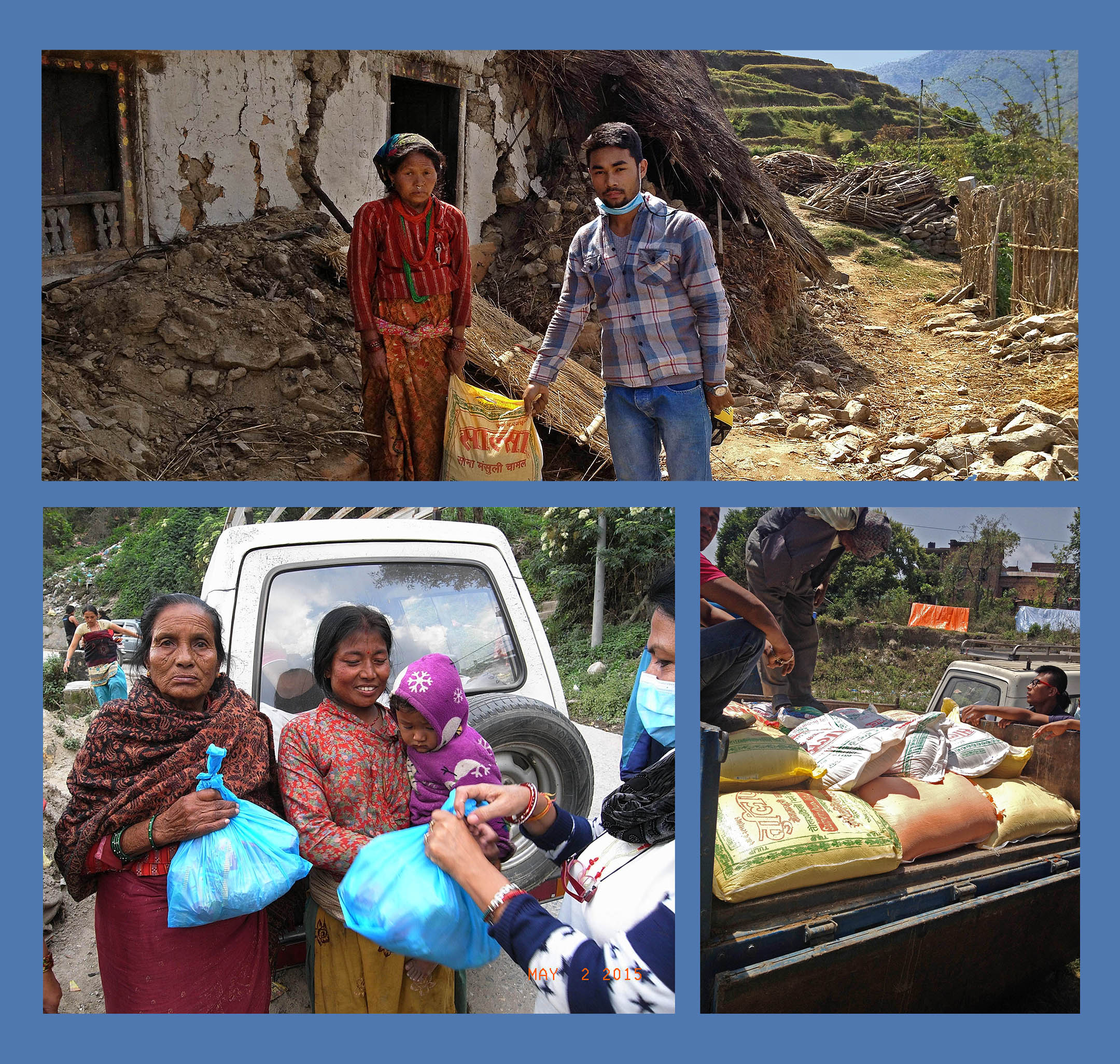 30 bags of rice and 38 tents were given out , and the crew only wished that they had hired more trucks, the need was so great.  The victims were upset with the lack of government response.  Those living on the roadsides are first to get aid mutiple times, while the more difficult to reach villagers fall through the cracks.

Upon departing the village Kesab noticed that a collapsed store had advertized tents.  He found the "sowji" owner and  together they crawled through a hole in the debris to recover a rewarding stash of tents.  More shelter from the early monsoon rains were a last minute serendipity. There is an extreme shortage of tents, as almost everyone is Sankhu is sleeping outside .

Manjushri's Helpers took the path less traveled by and found a couple living at the top of a remote steep hill.  Being elderly, they were not able to walk down to the road.  Their food supply was exhausted.  All their food was buried in the rubble.  When they received a bag of rice, they cried and blessed our teammembers, saying "the gods must have sent you."  Kesab replied "Your have many gods in your karma, and so you have lived such a long life.  We will be back again."

This all happened on a very special wedding anniversary that Kesab and Sushma will never forget.  The present they gave eachother was to share the grief of their people and be of  some small help to them.

They said "It was the most precious anniversary gift of our lives."