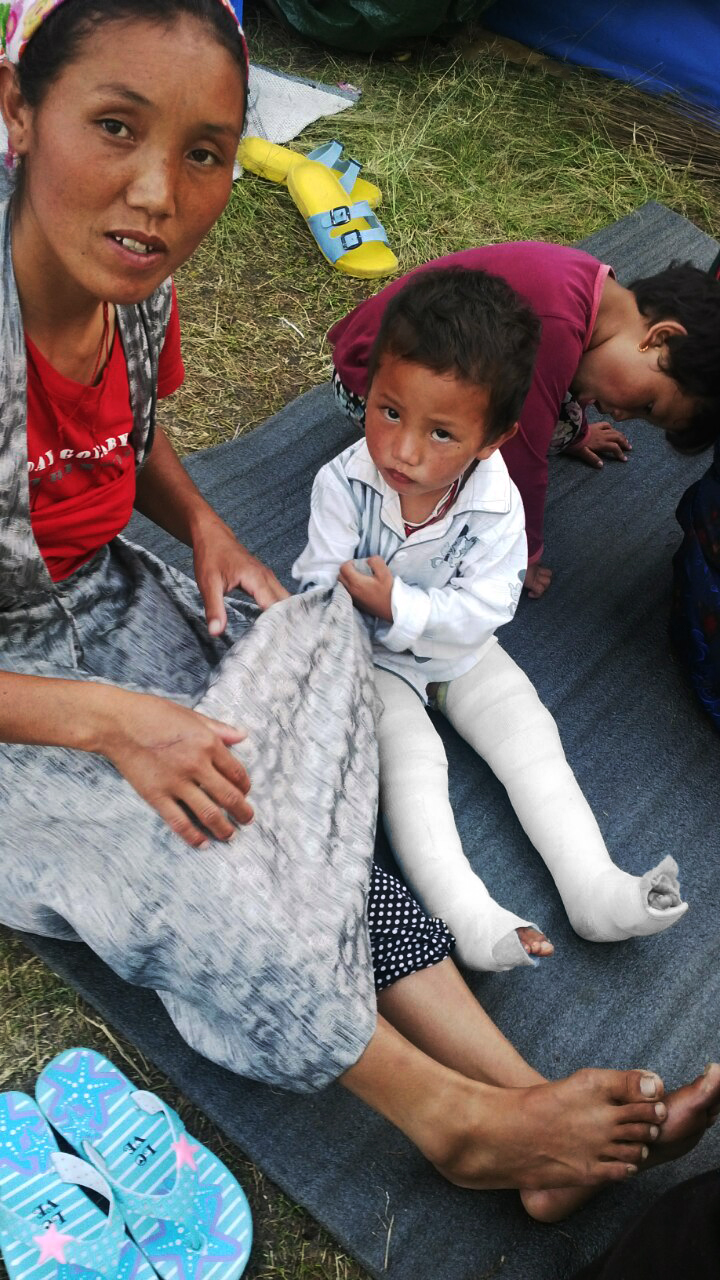 #WeHelpNepal is working with Langtang Valley Health on medical care for the survivors of the Langtang disaster.  We have established a medical fund in the name of Sonam and Chandrika, nurses who died in the landslide that buried their village, to cover medical costs for those who have ongoing medical issues relating to the earthquake and avalanche, and require ongoing treatment.

One woman from Langtang has an unstable spinal fracture, and is living with a neighbor, as she has lost all her immediate family except for her one-year-old daughter.  She is on bed rest for four months, as the fracture is unstable.   She will need ongoing treatment and care and may require future surgery; we have been advised that if she was operated on, there is a 95% chance she would be a paraplegic. A young woman survivor from Langtang who is close to the family is caretaking the injured woman and her young child.

There is a camp doctor working with the Lantang refugees in Kathmandu, and he is getting support from other doctors donating their time as well.  A two year old boy with both legs broken  has received medical treatment.  His legs have been set and are in cast.   He will require ongoing medical care, surgery and treatment including physical therapy. They report that at least  25 older people are in need of medical care in the area.

You can support ongoing medical treatment in Langtan by donating to #WeHelpNepal’s reconstruction fund.