Expedition to Helembu for Relief Delivery

Last week, we delivered 6 tons (roughly12,000 pounds) of food to Sindupalchowk district along with more solar lighting. The day before, we bought the food and arranged two four wheel drive trucks and a jeep that could negotiate the 5 hour trip (4 hours off road) from Kathmandu. 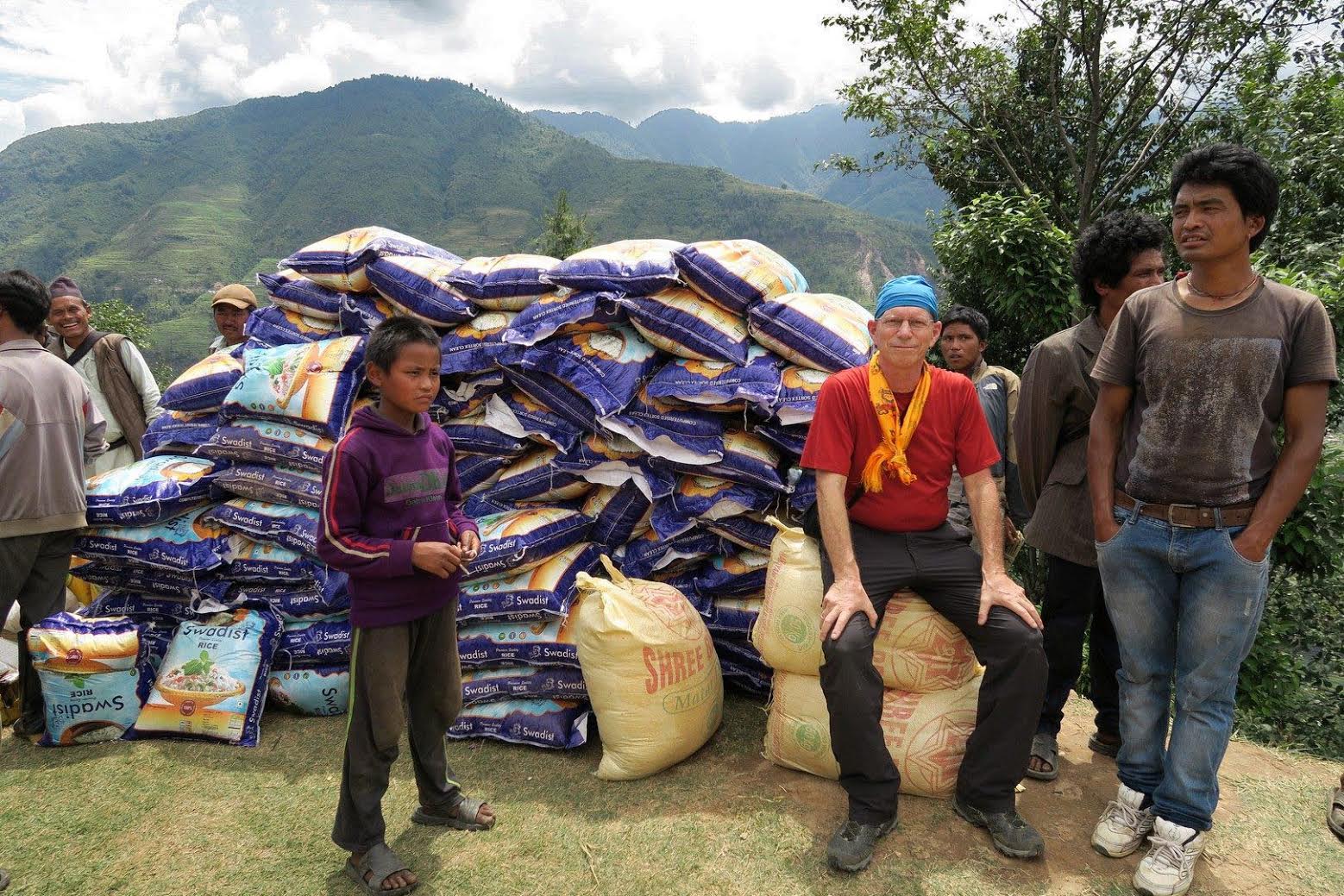 The money came from my recent fund raising trip via wehelpnepal.org. As the monsoon is starting, the roads are just barely passable and the two rivers we had to cross will not be passable after another day or so of rain.

The food and solar lights were distributed to 186 individuals from 65 households. These are all very remote small settlements that seem to have been overlooked by both the government and other aid organizations. The villagers had walked from between 3 and 7 hours to get to the road head to meet the trucks. They were going to walk back with their loads of food but many would not make it to their own village until the next day.

The bulk of the weight of this donation was in the form of the best quality rice available in the market. Also included were lentils, oil, spices, body soap and clothes washing soap. More solar lights with phone charging were also given out so that each household of the targeted area had one.

The lights and solar chargers are so simple but make a huge difference in the salvaged living spaces people are making from the wreckage of their old homes. I am always so impressed with the resiliency of people in Nepal in the face of hardship - the ability to share a single light at night as well as charge cellphones to be connected to family and friends is of huge benefit both practically and psychologically. 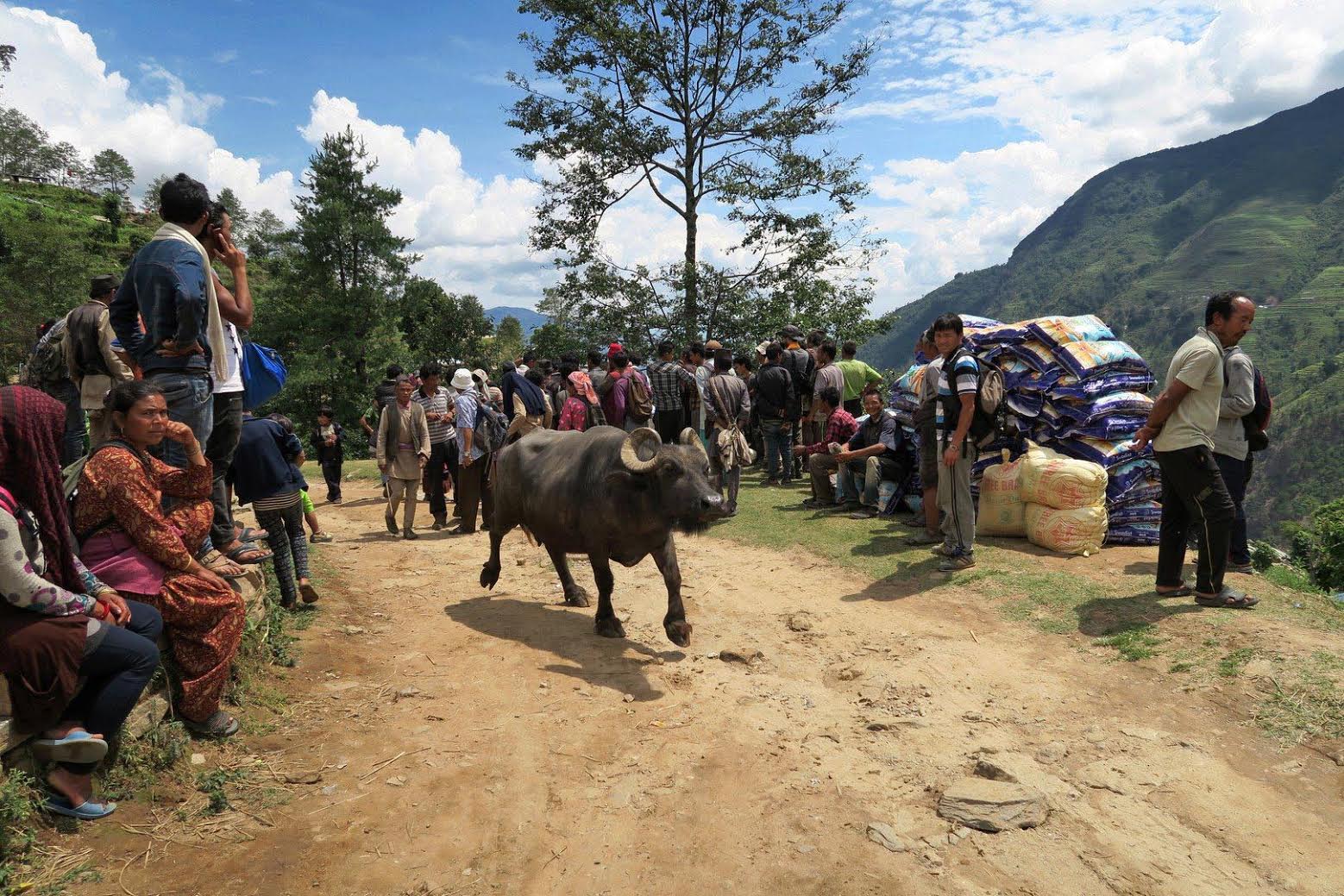