The Namche Dental Clinic was established in 1991 with the goal of providing quality preventative and curative dental care in the region. This dental clinic was established as a result of research conducted by Dr. Brian Hollander who found that local children had four times the degree of dental decay of children in the villages just off the trekking trails, due to greater consumption of foods not traditionally found in the Sherpa diet, particularly sugar and candies introduced by tourists trade.

The clinic serves people from all over the Khumbu and the lowlands, as far as three to four days walk from Namche. Since the inception period in 1991, approximately 35,000 patients have received treatment.

The devastating earthquake on April 25 and May 12, 2015 that hit Nepal caused devastation in many districts including the Mount Everest region of Solukhumbu. The impact on the people from the earthquake has been immense including financial hardship, loss of their homes and psychological trauma due two hundreds of aftershocks. Approximately 90% of houses along the trekking route to Everest region were damaged extensively including the Namche Dental Clinic building that requires re-building from the ground up.

With the generous grants provided by WeHelpNepal and the American Himalayan Foundation the clinic is now being rebuilt and will be serving the people of the region again in a few short months. 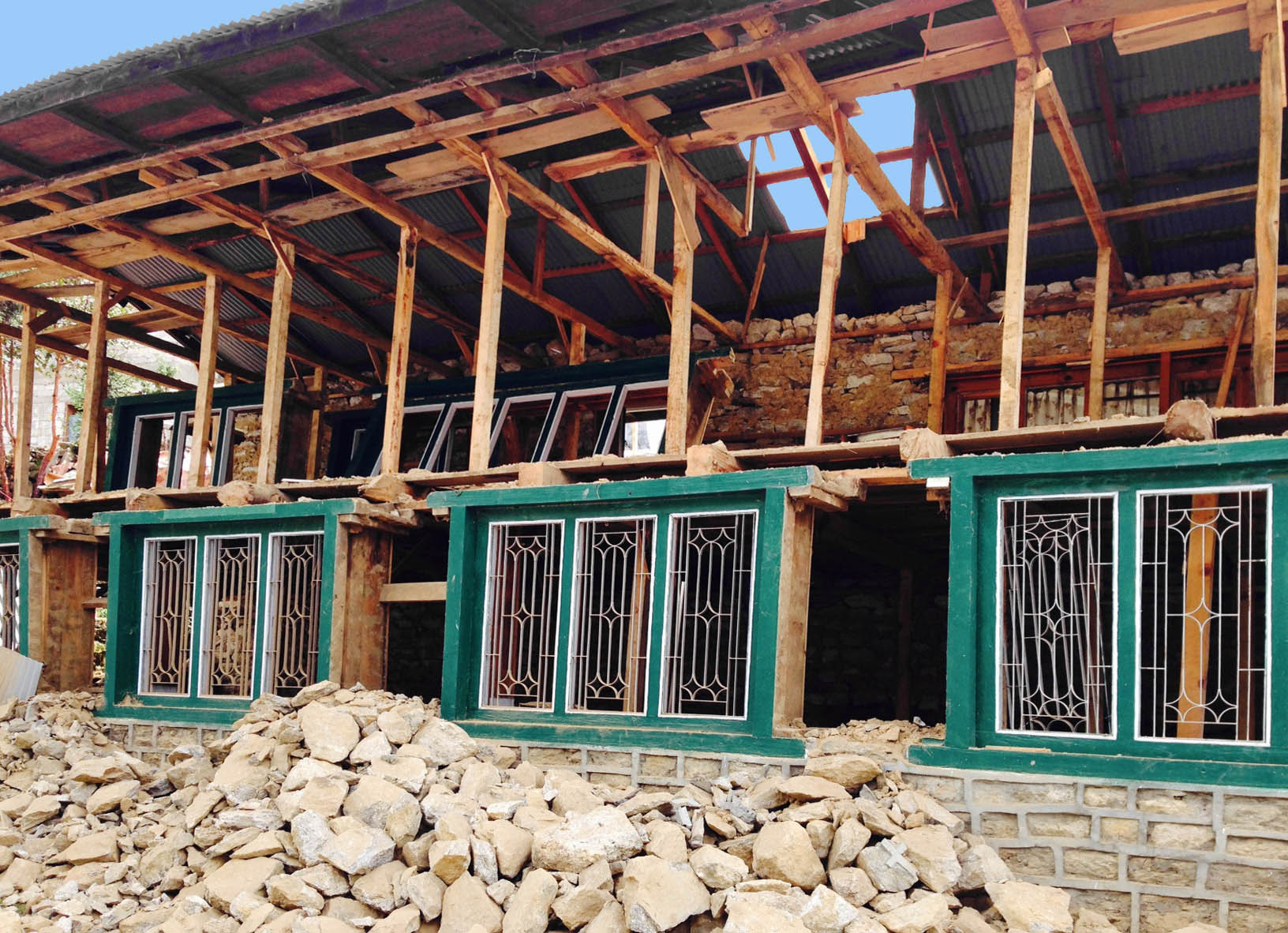